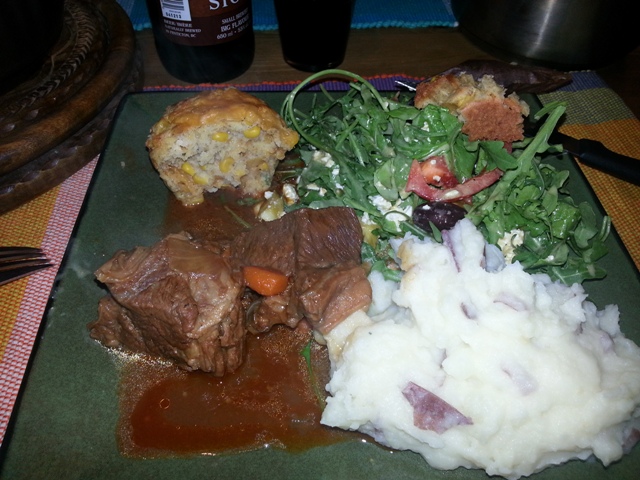 Meat on a bone...I don't care what anyone says, but meat cooked and eaten off the bone tastes better. Always. This applies to chicken, pork, beef, you name it. The flavour and moisture of the meat is just far superior.

Having said that, I have this ongoing fascination with short ribs. I see them all the time, and they have been on the "list of things to do" for ages. But, I have never gotten around to cooking them. That is, until now.

We were celebrating my brother in-laws successful completion of a real estate appraisal course. So, I figured, what better time than to cook some tasty meat that this occasion?

I found a recipe for slow cooked short ribs from the Canadian Living test kitchen that used Guinness. When I went to the liquor store, I found large bottles of local maple stout. First of all, you can't say no to supporting local business. Second, the sweetness and flavour of maple just sounded like it would be perfect for the short ribs. So, that's what I bought. 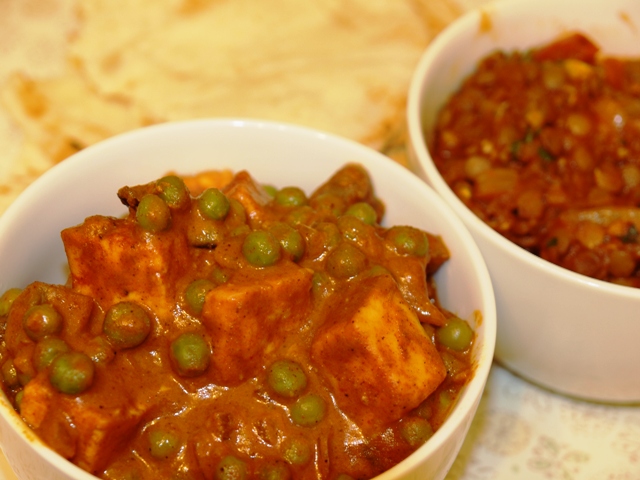 There is something so comforting about Indian food. Especially when it's cold and rainy outside. The warmth of the spices and the heat from the chili just seem to sooth the soul.

This curry is quickly made even though the depth of flavours make it seem that it has cooked for hours. The added bonus is that Indian curries seem to benefit from a little age, so making it in advance or making extra to get you through the rainy weeks is well worth it!

This particular curry is vegetarian, and you do not miss the meat at all when you bite into the creamy Indian cheese (paneer). Heavy on taste, this Indian curry is a must have for those cold winter nights. Eat it over rice, with warm naan bread (or both!). I also served this with some Indian lentils.
Keep Reading >>
Posted by Devoted for Life 0 comments