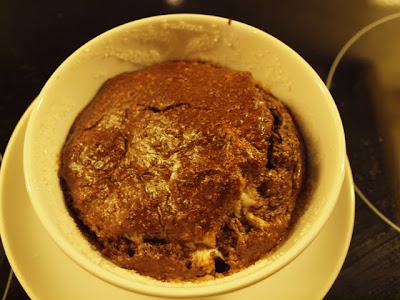 It's funny how those seven letters strung together in that order inspire so many feelings. Fear. Challenge. Determination. Perseverence. Hunger. And the one feeling that usually wins this battle is fear. The fear of failure. After all, it's so delicate. It might not rise. And if it does rise, it will surely fall. And if it doesn't fall, it might not taste good anyways. So, why bother?

I'll tell you why.

Not only are soufflés easier than they are perceived, but they are light, versatile and tasty, and if you just try one, I am sure you will find ways to do it again and again and again.

So, don't be afraid. Just go for it! And to inspire a little confidence while you are following this recipe, I'll tell you a little about my experience.

I almost gave up. Yep, almost threw in the towel. Why? Because there were so many times during this recipe when I looked at what I had made so far and thought that surely, I must have messed up! But, I kept going, and the end result was fab! I will admit, there is not much to look at during this recipe, and that's mostly because it's a recipe for two. But I promise you, once you add the egg yolks, the batter will loosen up and you will feel more confident in your efforts. So, don't be alarmed with what you see and most of all, don't give up!!

And just to help you along, I did this recipe with pictures, so you can see what it really looks like step by step.

So, before you start, you need to choose your bakeware. Usually, soufflés are baked in about 5-6 ounce ramekins. For this recipe, I used small bowls (because to be honest, that is all I had in this hotel room... see previous blogs for an explanation of why I am stuck in a hotel room kitchen...) but you can use whatever small dish you like. Just remember, whatever you choose to bake in is what you will serve the soufflés in, so choose something that you would like to see on the table. Whatever you choose, the batter should fill the vessel about 3/4 of the way up.

Oh, and one more thing. A soufflé is the kind of dessert that needs to be put in the oven immediately and then eaten right after coming out of the oven. So, does this mean it's not a good entertaining dessert? Nope, because you can prepare about 3/4 of this recipe in advance. You can grease and sugar the baking dishes and make the soufflé base all the way up to the adding of the egg yolks. Then, when you are almost ready to eat the souffles, preheat the oven, whip the egg whites, fold them into the chocolate base, spoon into the prepared dishes, and bake for 15 minutes! Easy as pie! Or is it?? Why don't you try for yourself...

I chose to make this chocolate soufflé with subtle hints of anise because it adds another layer of flavor to this dessert. And because I had some star anise kicking around...

Grease ramekins and dust the insides with white sugar

Place milk, sugar, and star anise in a saucepan and heat on med-high heat until it just starts to bubble. Turn off heat and let sit while you continue to the next step. 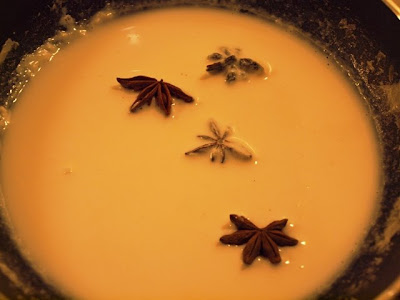 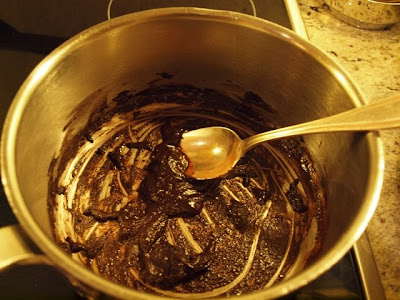 In a large pan, melt the butter over medium heat. Add the flour and cocoa powder and stir while cooking for about 1 minute. Remove star anise from the milk mixture and pour the milk mixture into the butter/flour/cocoa mixture. Stir quickly until combined. Remove from heat. Let the mixture cool to room temperature. 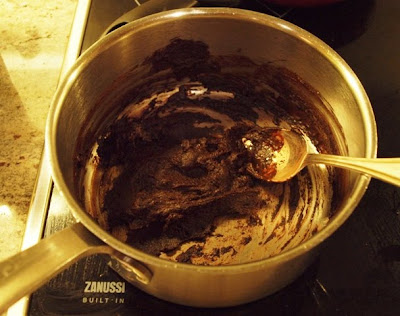 Once cool, beat in the egg yolks. This should loosen up the batter. 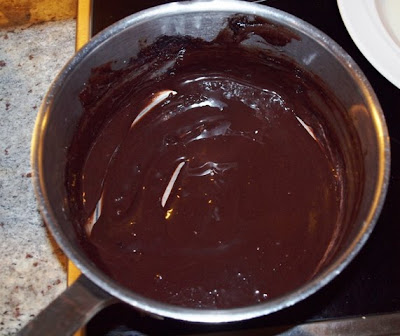 In a large bowl, beat the egg whites until they form stiff peaks. Gently fold the egg whites into the chocolate mixture. Don’t worry if you see white speckles in the batter. 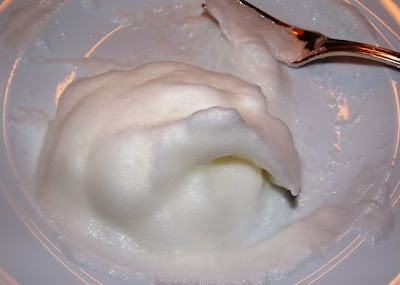 Spoon the batter carefully into the ramekins.
(For an extra rich and chocolately option: Poke a few dark chocolate pieces into the soufflé batter right before you put it in the oven. They will melt into little chocolate pockets in the middle of your soufflé!). Bake at 190 degrees for 15 minutes. 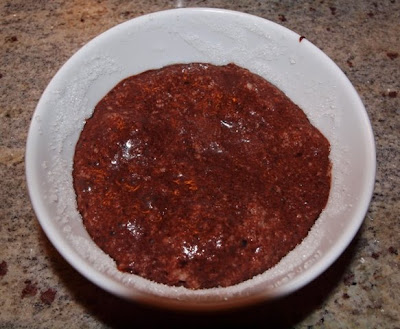 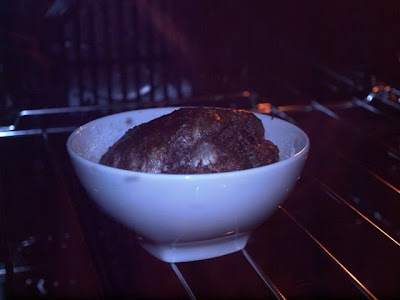 You will know when it’s done when it has risen sufficiently and the batter is set. You can also tell that it's done when a toothpick inserted in the center comes out almost clean of batter. I say almost because you do not want the souffle to be too dry.
Dust with icing sugar. Serve immediately. 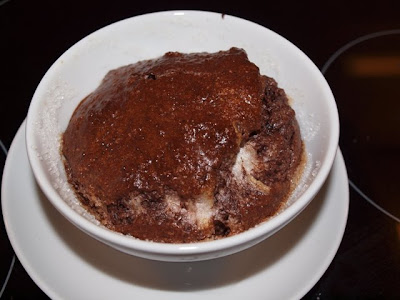 Posted by Devoted for Life