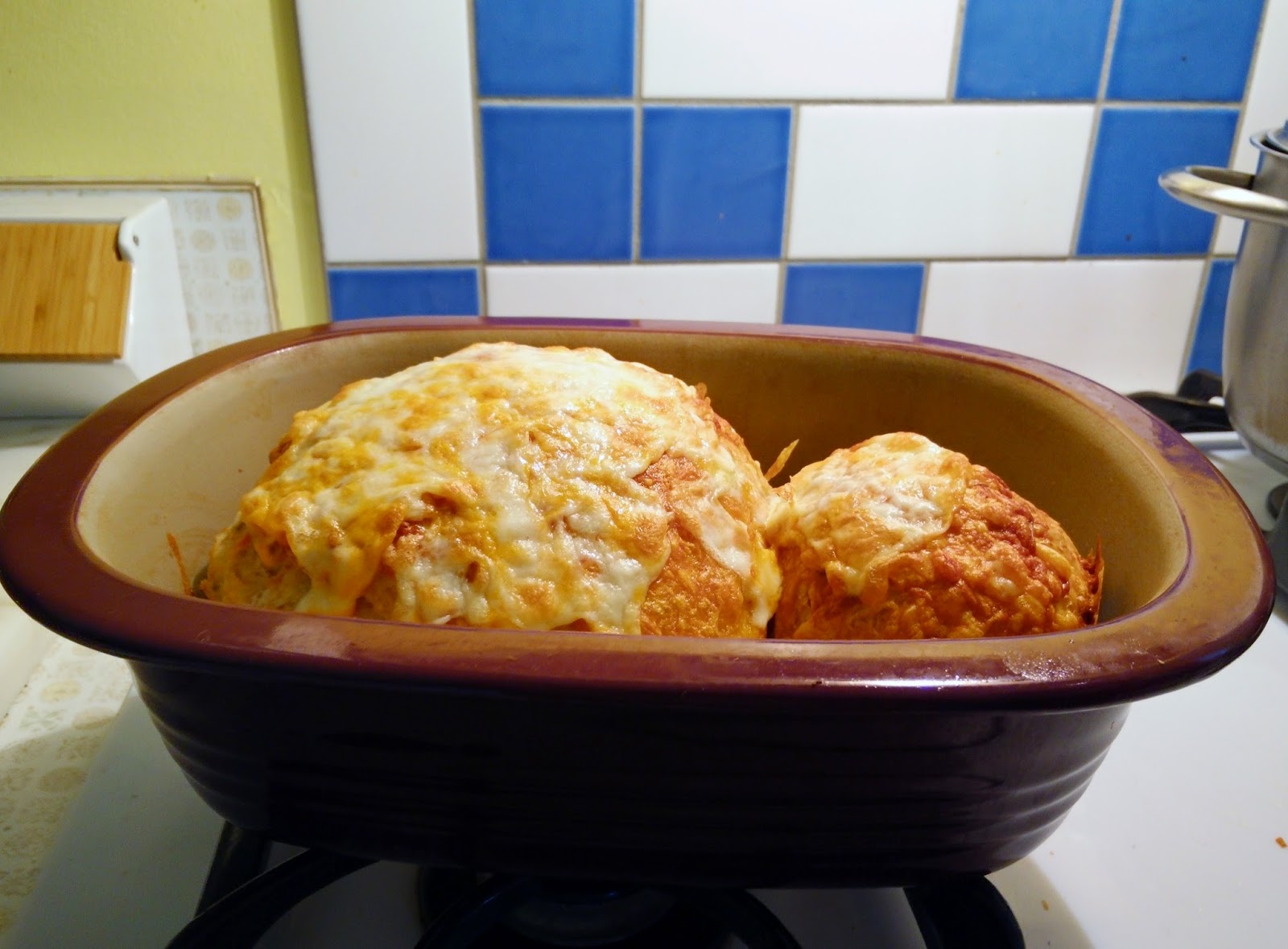 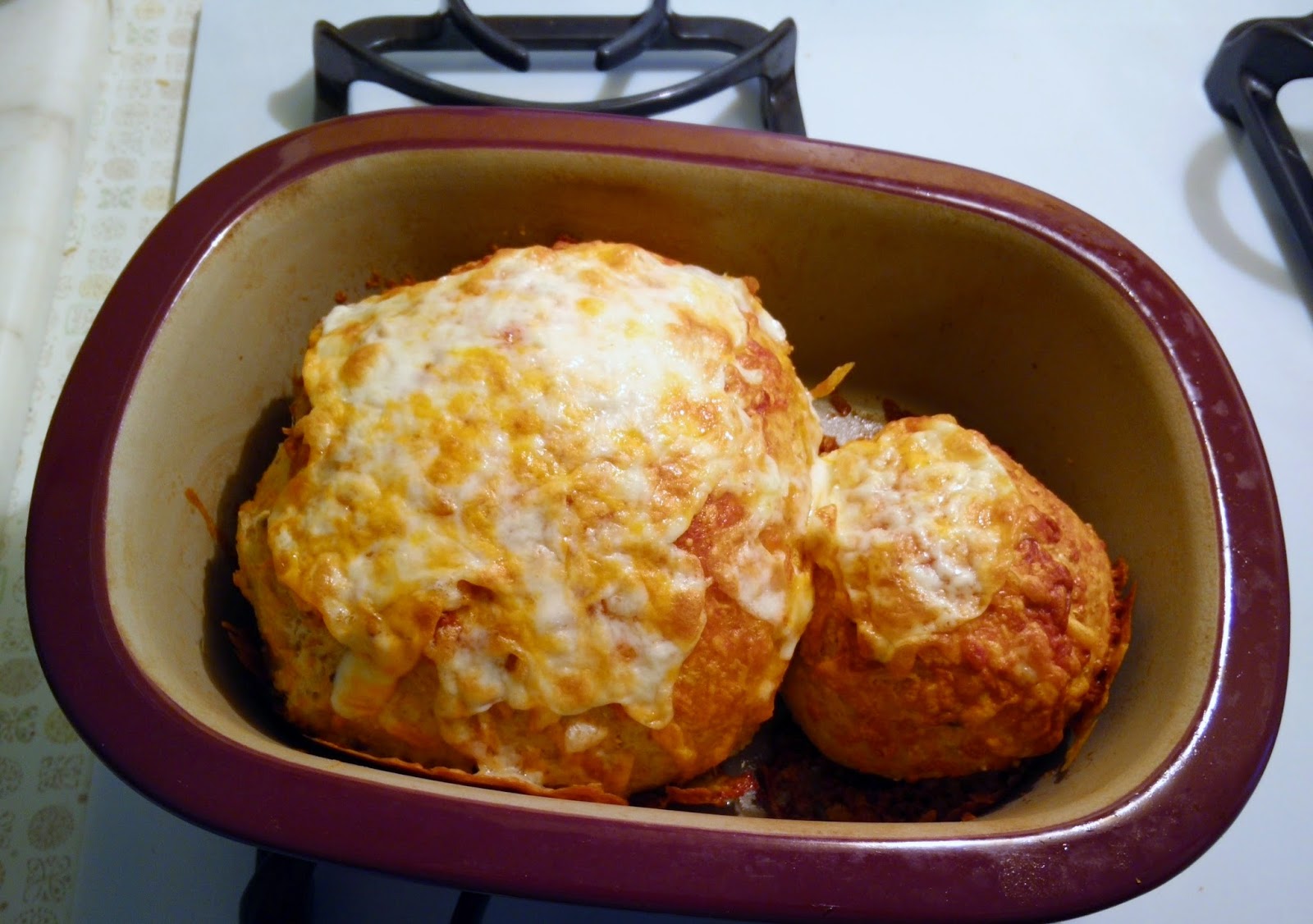 So at dinner last weekend, my sister started talking about her favorite grocery store sourdough cheese bread and how good it was. However, she said that not every grocery store in the chain seemed to make it the same way and she was often disappointed by the lack of cheese. The best she said, was the one that not only has cheese melted on top of the bread, but also has cheese melted throughout. Yes, that's the most important part about this bread-- lots and lots of cheese.

As she talked about it, I mentioned that I have a sourdough starter in my kitchen and could make her some sourdough cheese bread. And since my sister is about 6 months pregnant, I figured it wasn't really fair to talk about this bread, then no somehow produce her some.


So, when I made her the bread, I was sure to add lots and lots of cheese kneaded into the dough. In addition, I actually melted cheese on top twice, 20 minutes before the bread was ready, and 10 minutes before. I also made it healthier than the store bought version, using whole wheat sourdough starter and a mix of whole wheat and multigrain bread plus the addition of ground flax.

You'll notice in the above pictures, I actually made one large loaf and a smaller one. The smaller one was for us and our 18 month old daughter to try, to see if it was really all that good.

The result? My sister said it was really really good. And my daughter devoured it. Definitely a win in my books :)

In a large bowl, combine the flours, salt, yeast, and flax. Add the starter and water, and mix until a dough forms. Knead or mix with a bread hook until dough is nice and elastic. Form into a ball, place back in the bowl, cover and let rise until at least doubled in size, about 2 hours (I actually leave it on my counter overnight).

Punch down dough and knead in 2 cups of grated cheddar cheese. Shape into a ball, and place into a large greased Dutch oven. Cover and let rise again for another 2 hours or until doubled in size.

Place the Dutch oven into a cold oven, turn the oven on to 450 degrees Fahrenheit, and bake for 30 minutes covered (from cold oven). Remove cover off dutch oven, sprinkle half of the remaining cheese (1/2 cup) over the top, and bake uncovered for 10 minutes. Sprinkle the last of the cheese on top and bake for another 10 minutes. Remove the bread from the oven and cool on a wire rack before cutting.
Posted by Unknown