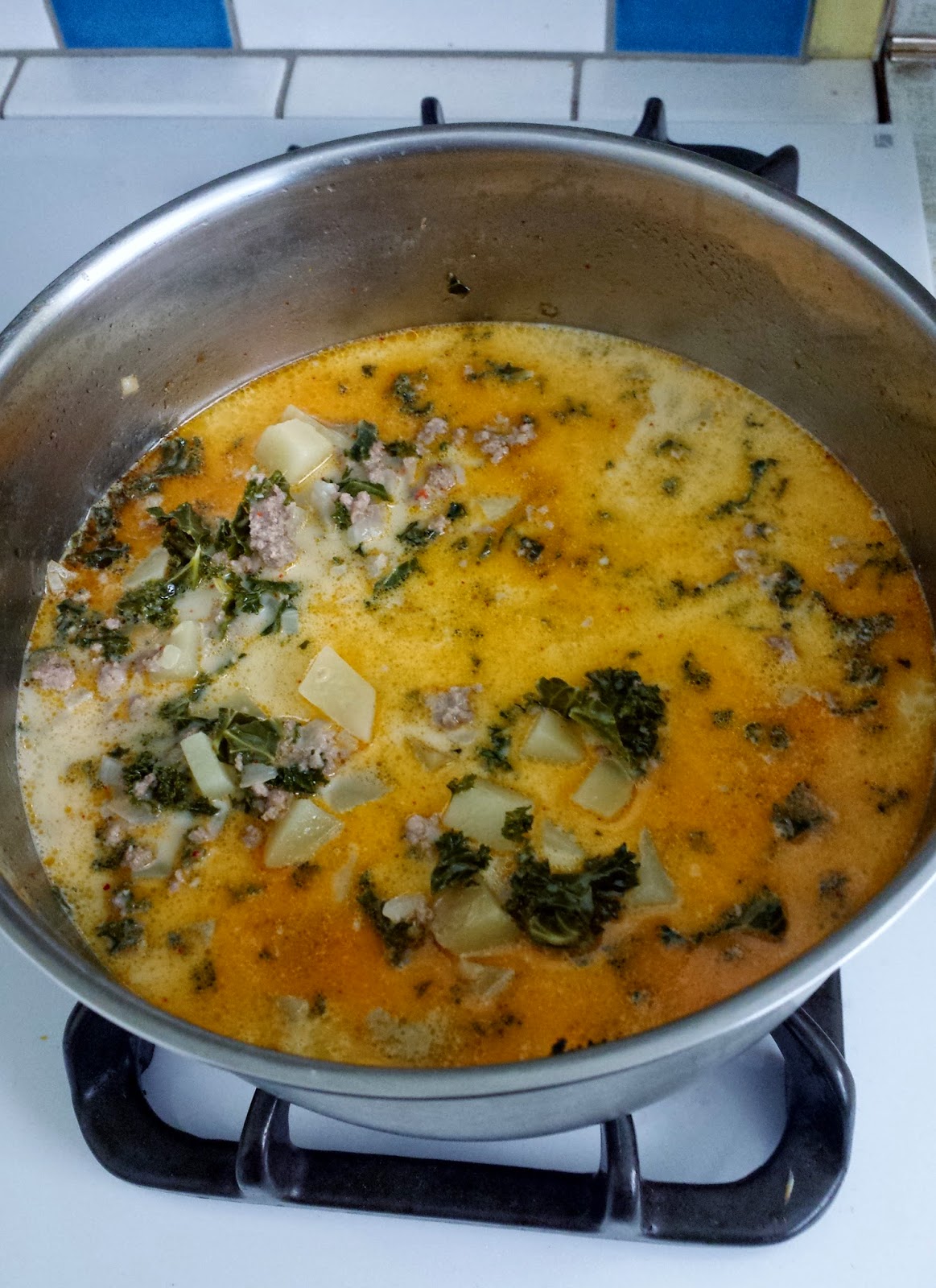 Our daughter loves soup. Particularly pureed soups. But today I decided to take a chance on a chunky, meaty soup with chopped kale.

I was fairly certain that she would spit out the kale. Even chopped relatively small, it has a particular texture that doesn't fare well with 18 month old children. The other thing I wasn't sure about was the ground meat in the soup. Our daughter likes meat, but I wasn't sure she would like having to chew a lot while eating the soup. Lastly, the red pepper flakes. Our daughter loves food with good flavour, and I wanted to add enough to bring good depth of flavour without actually making the soup spicy. (If it was just me eating it however, I would have added more).

On the other hand, I knew the chunks of potato would be a hit. And the rich and creamy coconut milk I figured would be a no brainer.

Given all of this though, I really wasn't sure how this soup would be received in our household. So I made the soup, crossed my fingers, and hoped for the best.

And it was a success! Surprisingly, our daughter, my husband, and our discerning family loved the soup! So much so that they suggested I write down what I put in it so that I could make it again. Yay! Love it when meals are interesting and enjoyed.

In a large pot over medium high heat, cook the meat until no longer pink. Add onions, garlic and red pepper and cook until the onions just start to soften, about 5 minutes.

Serve with some crusty bread.
Posted by Unknown